If you participated in our launch event or read the previous blog post about the template library and statistics improvements, we have good news: that’s not all (like they say in TV Shop).

We also released a major overhaul for the linked observation feature. In this blog post, we will go through it and explain how you can drive more involvement in your organisations by using it.

In the past, like the name of the feature suggests, linked observations was more about linking similar events to each other. So for example if one event causes the creation of several observations, it can be useful to link these together.

Let’s say that there was an oil spill in the warehouse. This is reported in Falcony, along with a safety observation cautioning of the resulting slippery floor. Before any actions have been taken, one employee almost slips and falls while another employee sprains his ankle. While these are mostly separate events, they all stem from the same root cause. When following up on the accident and near miss, it is good to have a clear view of the thing that caused it as well. These events are all connected and the link between them is easy to follow. 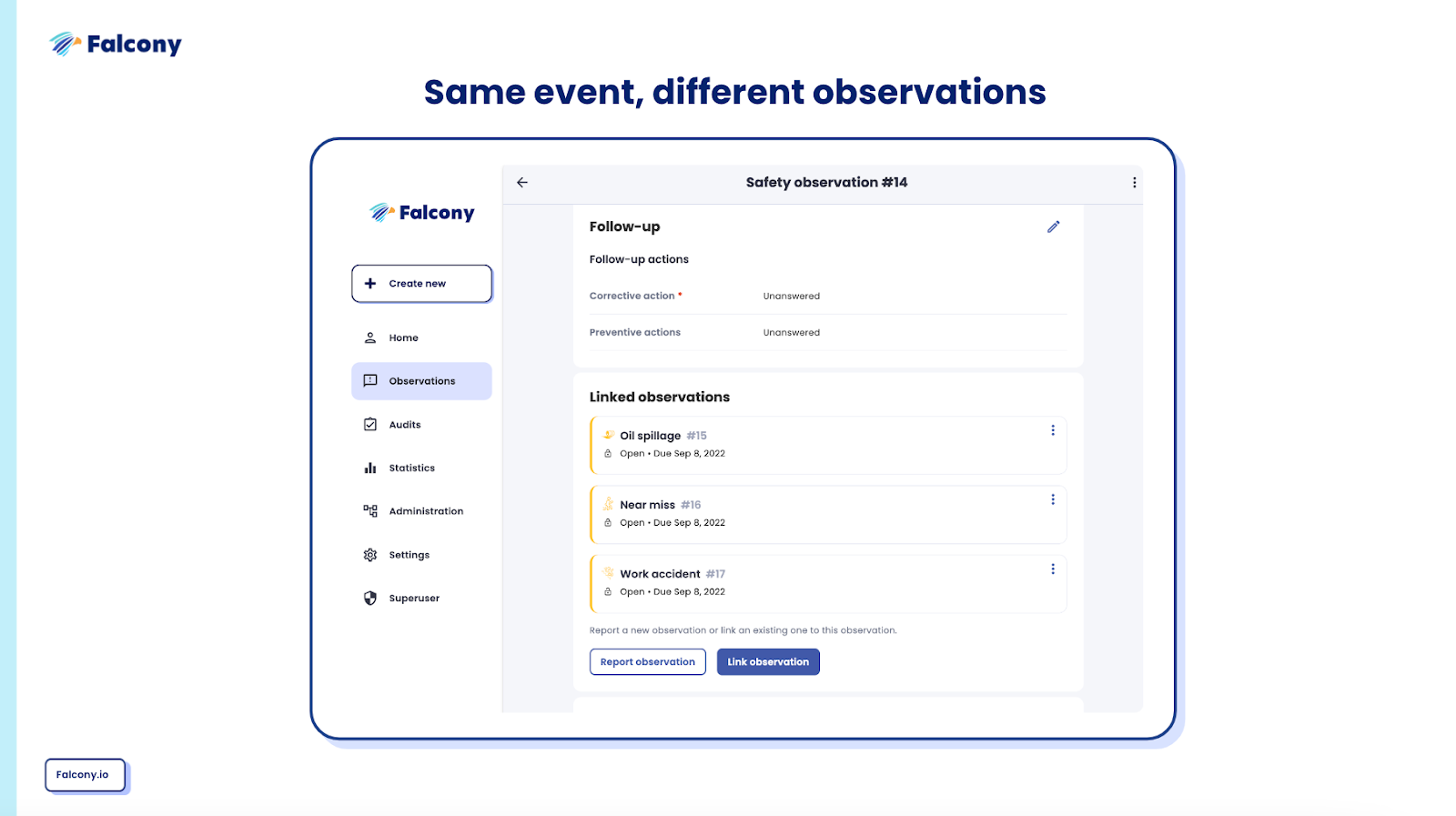 Now, the linked observation feature also supports more versatile use cases like subtasks and investigations. Let me explain how, starting with the subtasks.

Sometimes an event triggers the need to delegate tasks to others. We’ve streamlined the process of creating and delegating tasks with our linked observations feature. The creation of subtasks is made simple when you’re just one click away from reporting them. As an example, let’s say that a plant manager receives a Falcony observation about a power failure. 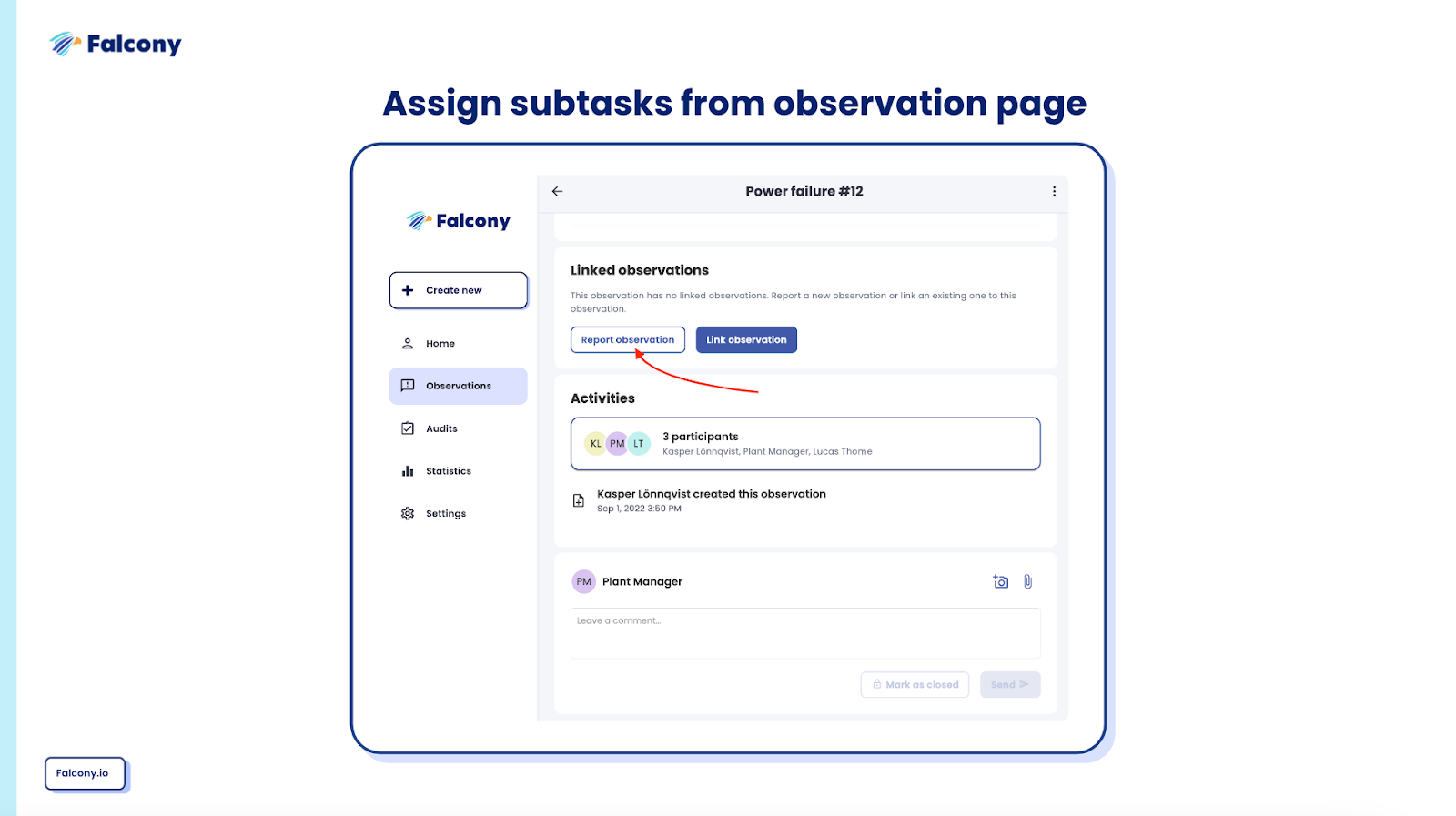 As we all know, nothing happens in a vacuum and one event can often trigger more than one subtask. As another example, a small water leak is reported and assigned to the office manager, who in turn creates a subtask for maintenance to fix the pipe and another subtask for the service crew to clean it up. One safety hazard might cause two accidents.

Subtasks obviously have versatile functionality across domains and functions and some Falcony hyperusers have even created multiple subtask types to better keep track of the amount and resolution times accordingly.

Let’s finally jump into two other use cases of linked observations, namely investigations and lessons learned. Linking observations is an absolute necessity when it comes to handling sensitive information. For example, if the reporter should not be involved in the follow-up of an observation it is necessary to create another observation with a limited number of participants. Such is the case with our Whistleblowing product, where the observation itself only contains conclusions and further steps, visible to the anonymous reporter. The investigation takes place internally, and is only accessible by the whistleblowing investigators. 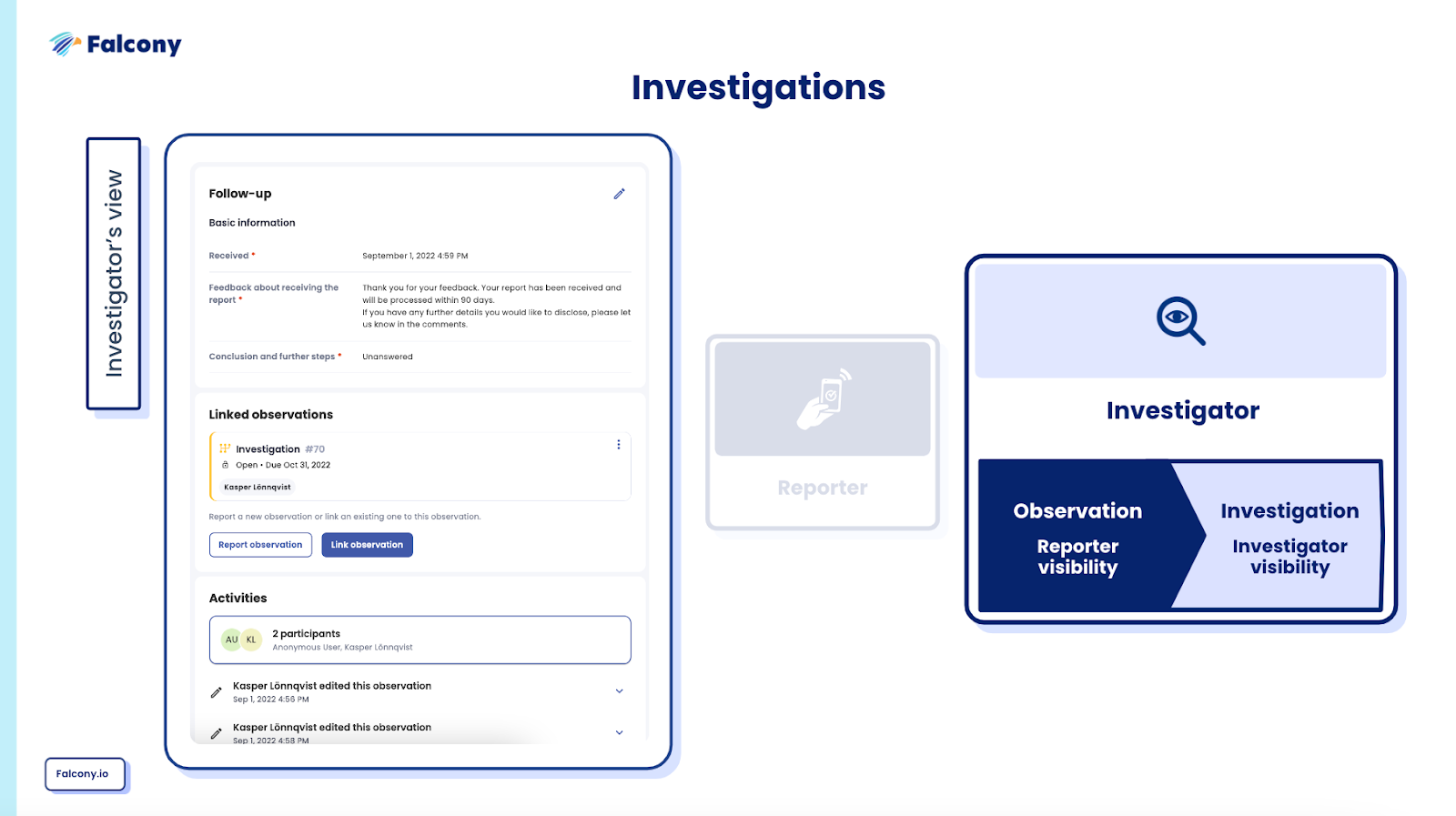 What this means is that it is possible to have a related observation(s) linked, but with limited visibility. Whistleblowing is of course the most obvious use-case for this, but it can be used in any situation dealing with other sensitive information: accident investigations, code of conduct reporting and investigations, sensitive HR cases etc. As long as user view rights are set up accordingly, this use case can be fitted to any organisation.

The opposite effect can also be achieved, for instance when an accident is reported and only visible to management. If any conclusions or further development steps are agreed upon as a result of this accident, you could create and link a “Lessons learned” observation that is visible for everyone. There you can outline all the details relevant for the company at large, while omitting any private information.

As a conclusion on linked observations and how they link to Involvement methodology. can be categorised within the ‘collaborate’ stage of the methodology where one or more people collaborate around handling the issues and tasks. There are different ways to collaborate and we want our platform to support the existing best practices organisations have and not having to force their practices around the software they use. 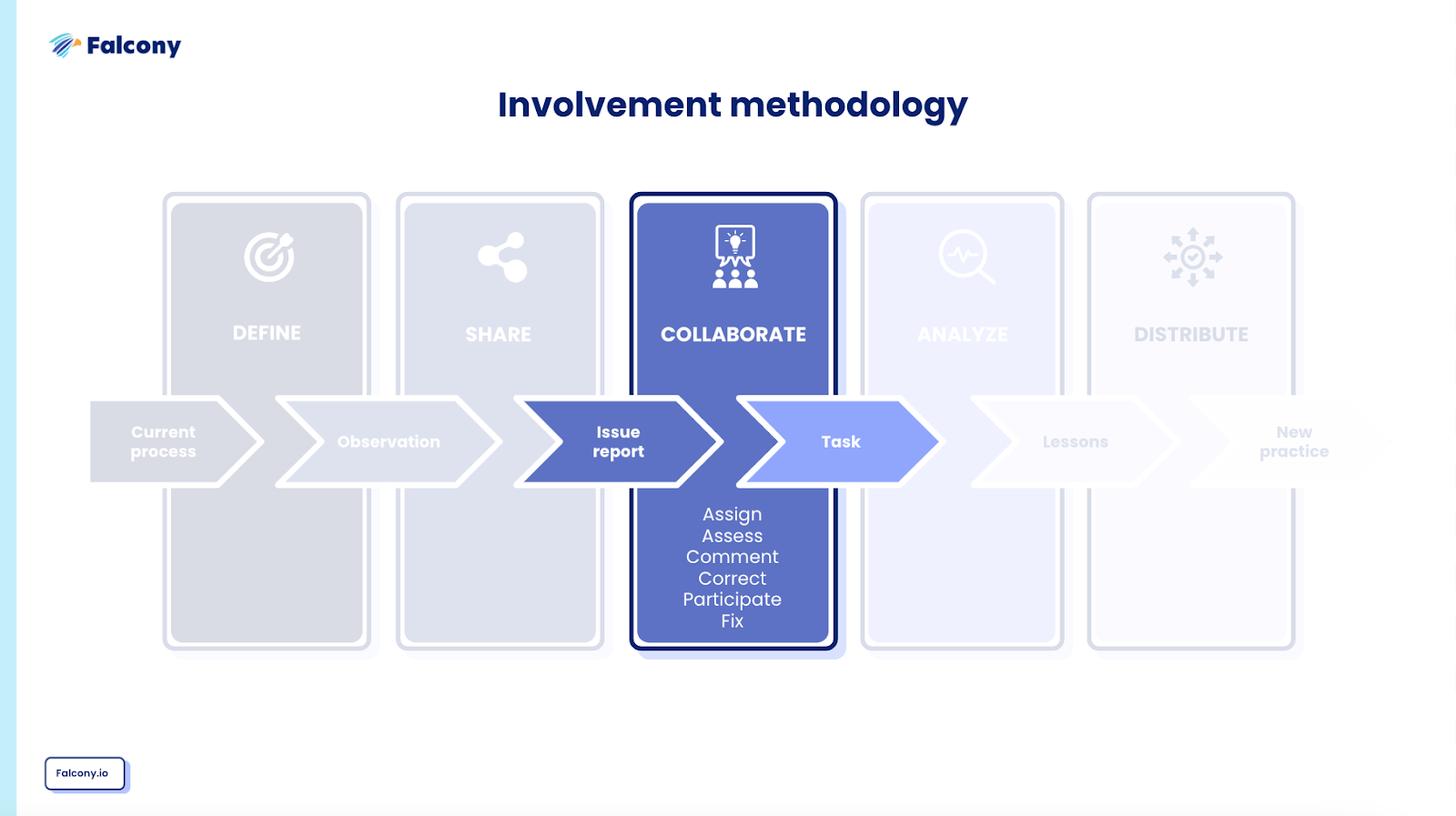 How To Create A Tenant Involvement Strategy

Tenant involvement has increased in popularity in recent years, emerging as an effective way to...

How Much Are Property Owners Investing In Tenant Retention?

One of the biggest mistakes one can make when leasing out commercial real estate is underestimating...

Just six months ago we launched our new brand Falcony and merged our two formerly separate...